What a great speech. It’s really to bad because I don’t have any hope for the US political system or our society for the most part. By now I would have thought by this day and age the American people would finally pull their heads out of their asses and refuse to support the Republicans and Democrats. How much more crap do they have to do to try and convince the American people that they are unacceptable?  I feel like I live in LaLa Land because I see people online who post comments about supporting the Dem/Rep candidate in the upcoming election. In my mind if a person is willing to vote for them then they are in serious need for psychotic mental therapy because the poor sucker has been brain washed beyond repair, and I’m sure those ppl think the same about me because I’ve been “throwing my vote away” as an independent for decades. I called bullshit on our government decades ago and the country is still in the same crazy downward spiral that it’s been in since forever ago, but way worse!! Maybe the dumbing down of society actually worked. Well it’s either me or them. Most likely me…

Enjoy this speech by a whistle blower. Remember when ppl appreciated them? Now our society with their fat filled brains will call this a conspiracy theory or something stupid. Our society would rather take political advice from our jerk off celebrities going on stage saying a bunch of BS. Earth to sucker,, they are part of the problem!

Bottom line is nothing will ever get better until every single political online comment says something along the lines of “fuck them mother-fuckers” when talking about Dem and Rep.

Who wants more blood on their hands?  Just vote for the 2 party system.

I’m voting Oscar for President because he knows how to say “Fuck them Mother-Fuckers” like a champ. 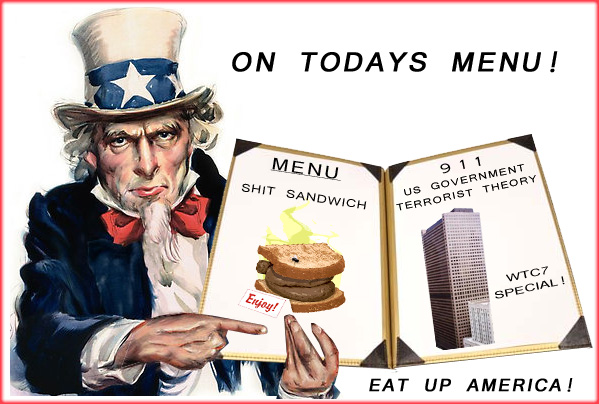