Can’t get any better than this. Alex Jones calling Colbert a chicken shit for not debating him.
THANK YOU! 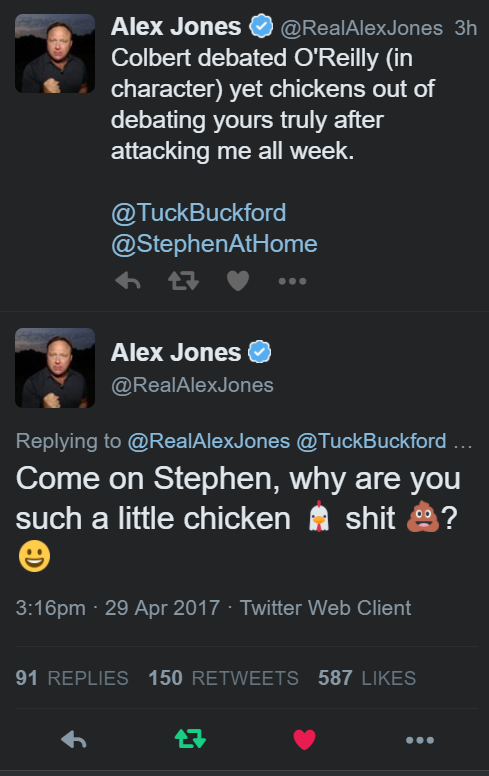 Just watched the POTUS speech. Totally awesome! I laughed and celebrated majorly during his speech as he destroyed MSM and the Swamp and also talking about his actual political revolution that that D-Bag Bernie used to try and sell ppl on. His extreme “Pro-American” speech is really gonna piss off the “Anit-America”, “Pro-Sharia”, “Pro-Hitlery”, liberal folk. Wonder if their stop-loss on their corrupt party (AKA: DEMOCRATS) has triggered yet.
Interesting that the MSM was there to record the show, obviously they didn’t broadcast it, but of coarse will take tiny snippets of it to try bash the POTUS with. 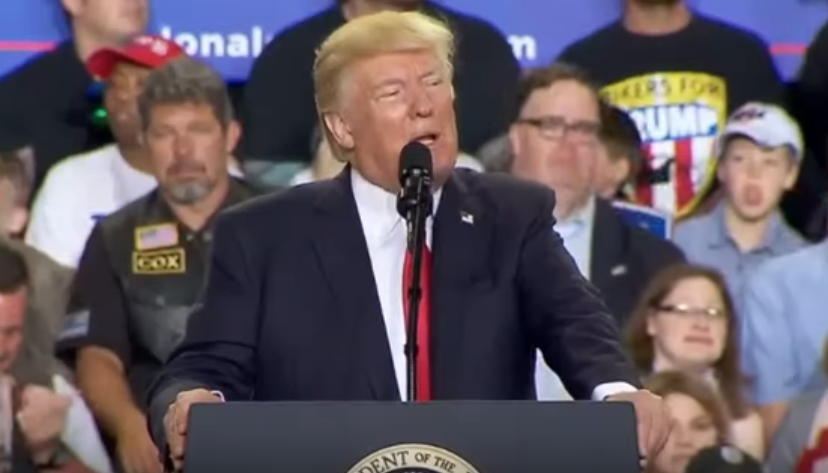