Women who wear hijab’s playing the women’s rights victim card.. Seriously?
I saw this RT post about 3mn women make 620km-long human chain and like half of them are wearing hijabs.  Man I get triggered by this crap. WTF! PLEASE GIVE ME A FRICKEN BREAK! 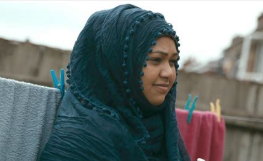 Now Netflix has a new show called “Shut-ins” with a Muslim woman bitching about not being able to hangout and make friends because of her fat ass husband, but what, she doesn’t realize that her religion classes her like, or less than, an animal? Her husband probably beats the crap out of her every night and she goes on TV and plays the victim as if the viewers are so dumb that they don’t have a clue about what’s really going on. What a BITCH!
Gee, I feel so bad for this dumbass… NOT!

Then to compound the insanity you got the liberal/left who is trying to bring this crap into our American neighborhoods, which is a complete 180 from what western cultures have been trying to avoid since the beginning of common sense. 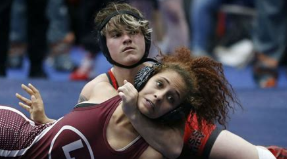 They say “more tolerance”, and I say are you fricken out of your mind?
I think you can consider all feminists Liberal/Left so why are they supporting Shari Law while bitching about Men and not having enough rights. Well, I hope their proud of their insanity cause now you have ppl growing up with all the attributes of testosterone filled men and suddenly saying they are woman and now beating the shit

out of the women, not just on the wrestling mat but even in the Octagon literally beating the shit out of them. What’s next? Oh, well it’s happening in all the sports now so I’m looking forward to future women’s sporting events that are all men and women are no where in s

ite. How about that race where the transgender, grown up with a johnson now claiming to be a woman, wins the race… Which race you ask? well, all of them. What about the idiots who came up with the idea of a No-Men music festival. Well why 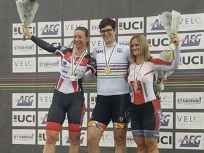 would they do that? Oh yeah because of the Muslim men, that the Globalist imported to cause cultural division, ended up raping a bunch of women, but that’s ok cause it’s liberal. They canceled the show cause they realized that it would suck without men. They even ban reporting on illegal Muslim activities because stating the facts is hate and you don’t want to offend criminals in the new liberal/left world. The American left pretends that this isn’t happening and their isn’t any no-go zones in Europe, etc… 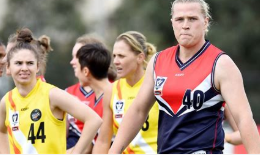 Everything evil in the world is ok now because it’s liberal…
Don’t get me started about politics. I could write a book.

I could go on and on about the liberal/left agenda insanity but the bottom line is the liberal/left are the deceivers, back-stabbers, fascists, law-breakers, racists, sexists, pedophile, CHEATERS and I’m not buying into the huge piles of virtue signaling hypocritical crap that they are trying to serve up. And to them I say, good luck selling your horse shit to all the mindless Facebook zombie losers! People are waking up…
“You will lose. ” ~Ivan Drago