The Cybertruck was unveiled last night.

The Tesla company with CEO Elon Musk live streamed the much anticipated unveil that’s fans around the world tuned into with popcorn and chin-holders ready.
Did you see it? It was big news.
So, who came up with that cool name? NOT!
That’s like the gayest name ever!
The only name lamer would have been something from stupid Apple like “iTruck”.

That body design is so exciting! ,,,  well maybe not.
Probably exciting to the progressive trendy folk, I’m sure.
But let’s see what the people are saying.

The 90's version of the #cybertruck didn't look good either pic.twitter.com/76BtEuKhr4

Looks like Elon was up late one night watching "Megaforce" #Cybertruck pic.twitter.com/IJP155KjAC

The stagger on the wheel must be Talladega ready.

I find it strange that the occupants were dressed like Matrix Agents. 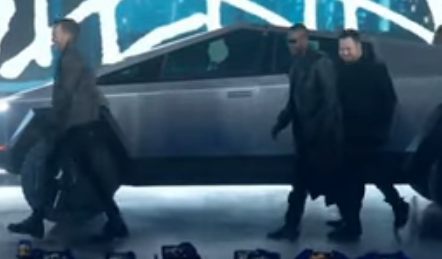 They even got the stupid Asian anime crap going on for the trendies. 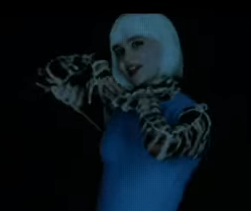 At first glance I, and many others, thought of this,

The live unveil had some interesting comments.

I think Nikola Tesla is rolling in his grave.
You know his plan wasn’t to use a bunch of super nasty environmentally-destructive batteries for his power source.
Nikola Tesla was going to have energy flow through the ambient and give it away for free from hydroelectric, the Earth’s magnetic field, and zero point every.
This is a disgrace to the renewable energy movement.

This is not renewable energy!